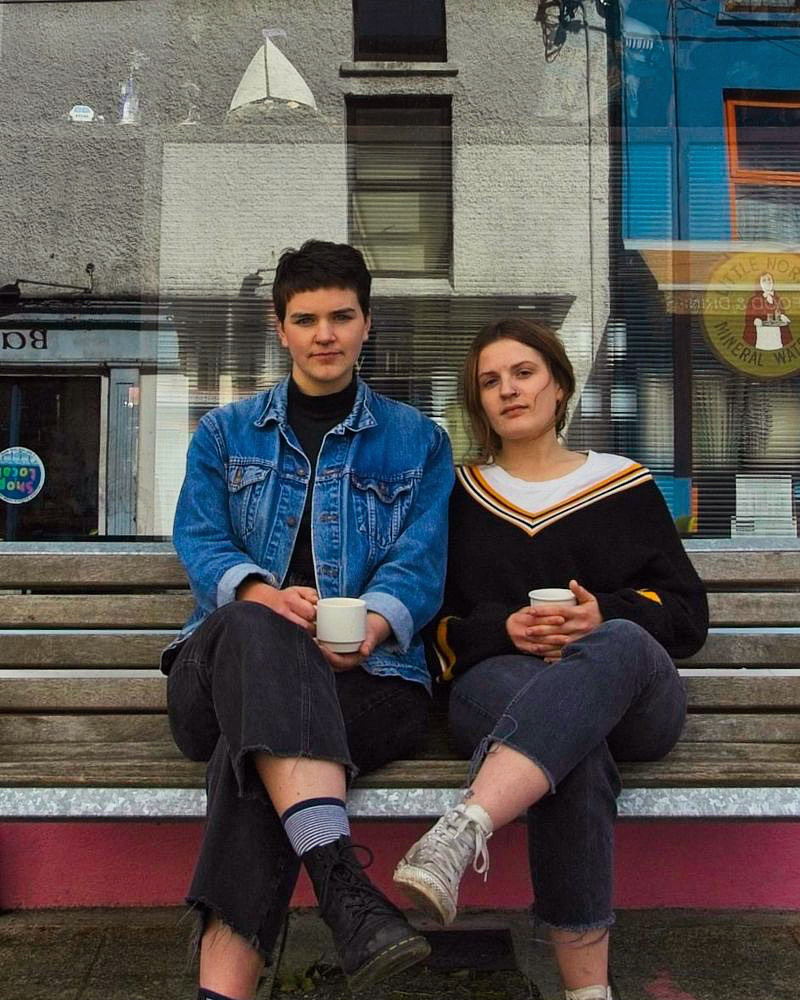 We are so proud to be working with Les SalAmandas, a new singing song-writing act on the Irish music scene aka Julie O’Sullivan (Ballydehob, West Cork) and Colyne Laverriere (Hostun, France).

Julie and Colyne met in late 2018 in Ballydehob West Cork, Ireland. Les SalAmandas made their live debut at Levis Corner House’s  as part of  ‘Secret Song Festival’ (2019).  On 1st September 2020, they performed at a sold out gig in Levis Corner House and earned a cult following in West Cork.

Julie and Colyne spent the next year writing their own material together and collaborating with local and national musicians. This includes being invited to perform on the acclaimed Irish folk singer Ger Wolfe’s new album ‘The Morning Star’, as well as performing at Ger’s live album launch in February 2020. In October 2020, they were invited to perform a livestream gig through Mick Flannery’s social media pages, an award-winning, double-platinum selling artist, and garnered over 10,000 views of their performance in 24 hours. They were one of four Irish Artists invited to perform a set at ‘Folk Alliance International’ a prestigious global music conference,  in February 2021 as part of The Starhouse Collective showcase.

Les Salamandas are currently recording their debut album, which will be co-produced by award winning Canadian Producer Daniel Ledwell ( http://www.danielledwell.com ).

‘Now is the Time’ is the first single from this much anticipated collection of songs.

Now Is The Time is a song that will resonate with each and everyone, making you question grudges and regrets.

Now is the time for Les SalAmandas