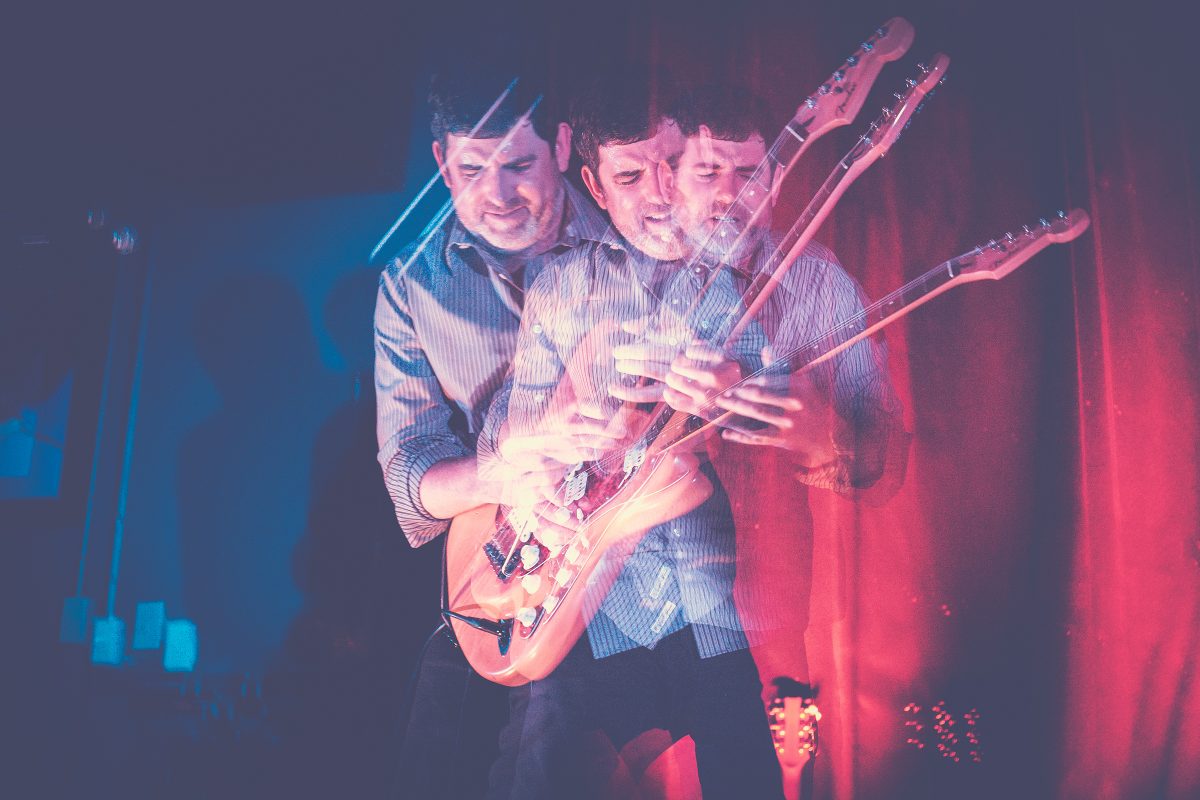 Based in the humid indie-rock haven of Athens, Georgia, Jazz
ensemble Kenosha Kid has supplied the world with their own unique blend of modern-jazz-meets-college-radio for over a decade.

Thier most recent release “Missing Pieces”,  features a striking two-guitar incarnation augmented by three-piece string section. Bandleader Dan Nettles describes Missing Pieces as “a beautifully layered record with a sense of melodic longing and intriguing rhythms. Expressionistic, undefinable and ecstatic, it is instrumental music drawing from the gutters and ditches of many legitimate musical traditions including, and defying, jazz, rock and modern classical genres.”

“The Irish chapter of US guitarist Dan Nettles’ Kenosha Kid franchise blew the doors off the Bray Jazz Festival with their winning blend of killer grooves and loud guitars… artfully blends surf rock and contemporary jazz with college radio and a country twang,” –Irish Times

“A mash-up between contemporary jazz, alt-rock and jam-band ethos, Kenosha Kid cast a wicked spell… Nettles… is an understated yet arresting guitarist and an accomplished composer with an ear for a good hook… Kenosha Kid would grace just about any festival stage.” – All About Jazz

“Missing Pieces resonates… a cycle of broken quietude that’s gently settling into place… Throughout Kenosha Kid’s nearly 15-year existence, Nettles has written hundreds of songs, yet few resonate as profoundly as anything on Missing Pieces… as he shows in his own impenetrable and postmodern way, the only way out is through.”
-Flagpole Magazine