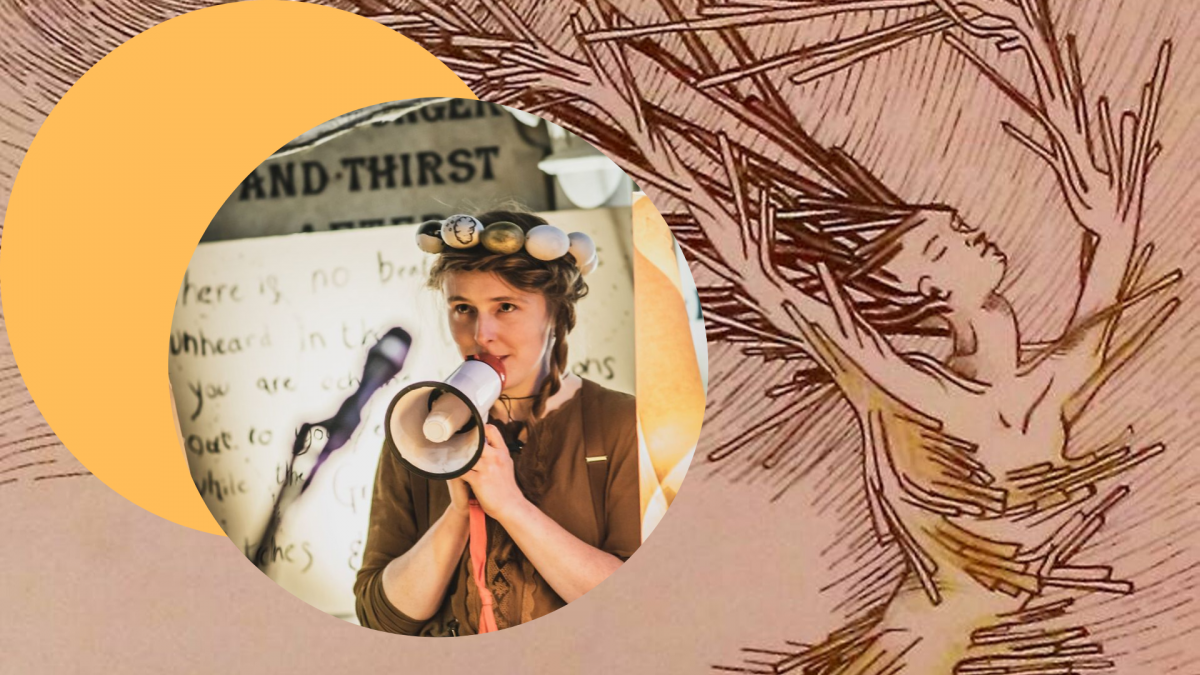 An imaginary horse enthusiast with a foot in both worlds, this is Branwen’s first solo project. Having spent five years in the acclaimed experimental folk act Twin Headed Wolf (praised as “Glastonbury’s most special festival find” by Spectator Magazine) Branwen has just released her first solo Album. First in New Orleans in April and in Ireland in May 2019.

As an award nominated performance artist, (RDS Graduate Award 2017) sculptor, puppeteer, writer of surreal visual plays and a lively adventurer she gathers many of these strands together in her live performances.

Expect a to see show woven with storytelling, poetry, occasional puppetry, an intricate knowledge of folklore and a dash of the surreal.

She has performed widely across Europe in Norway, Holland, France, Germany, Ireland and the UK. She has supported acts such as Amiina and Ronan O Snodaigh, played festivals including Another Love Story and Arcadian Fields.

A rare bird fresh from the swamps of Louisiana, Jocose Bird inhabits a world of riot girl jazz and redefines songwriting with her tongue-in-cheek folk and operatic swing music. An exquisite and unusual banjo player with a voice that sounds like it is playing out a gramaphone straight from the 1930s this is a project orchestrated, and composed entirely by Zeaira Quinn.  You may hear hints of her wide and varied influences including Latin/Balkan/ New Orleans Jazz/ and Ragtime. Not an act to be missed!