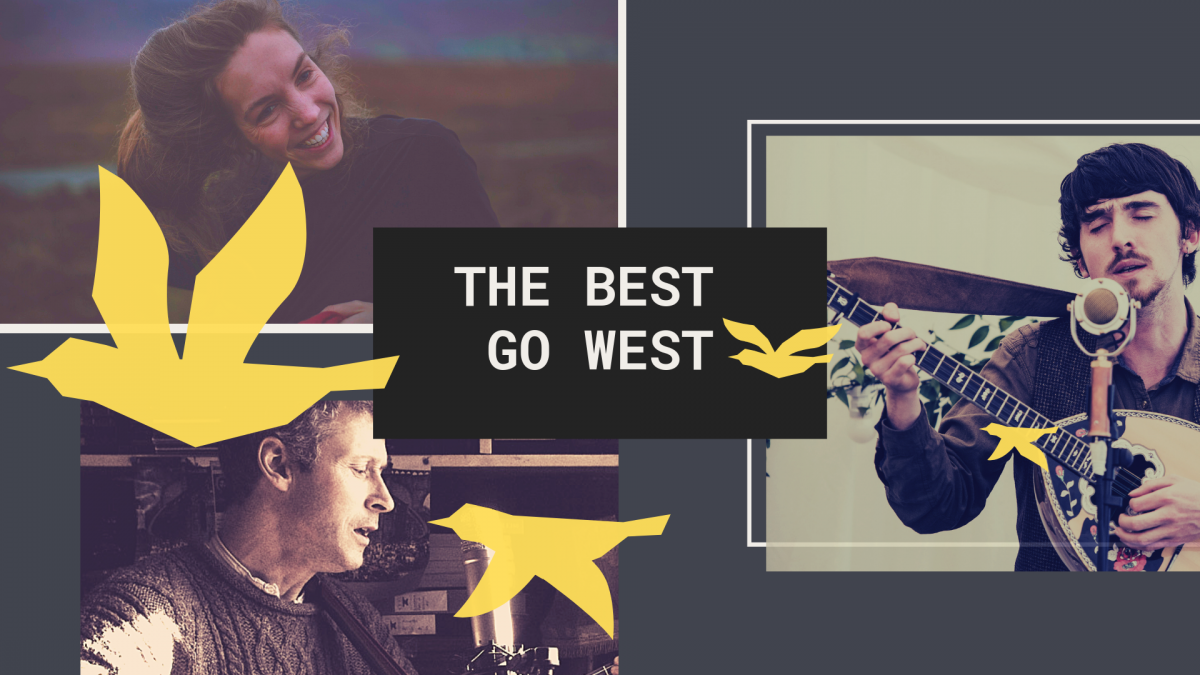 Ger Wolfe is a Cork born multi instrumentalist and a wonderful wordsmith. Rooted in a bardic songwriting tradition his singing style has been compared to the work of the older generation of sean-nós singers.

Anna Mieke, is a musician and songwriter from Wicklow, Ireland. She performs on guitar, bouzouki and piano. A life of travel inspires her songs. Anna “Idle Minds” (2019) is a strikingly confident collection of 10 songs, full of blue sky thinking and wide open horizons…A deliriously renewable energy source.” –Siobhán Long, The Irish Times.

Brían Mac Glionn is a member of ‘Ye Vagabonds’ ( the other member being his brother Diarmuid !).Their blend of harmonic folk music is influenced by traditional Irish and European music, American old time, and the music of the 1960s folk revival. “ The Foggy Dew “ by Ye Vagabonds has just been nominated for best traditional track in BBC Radio 2 Folk Awards 2019.