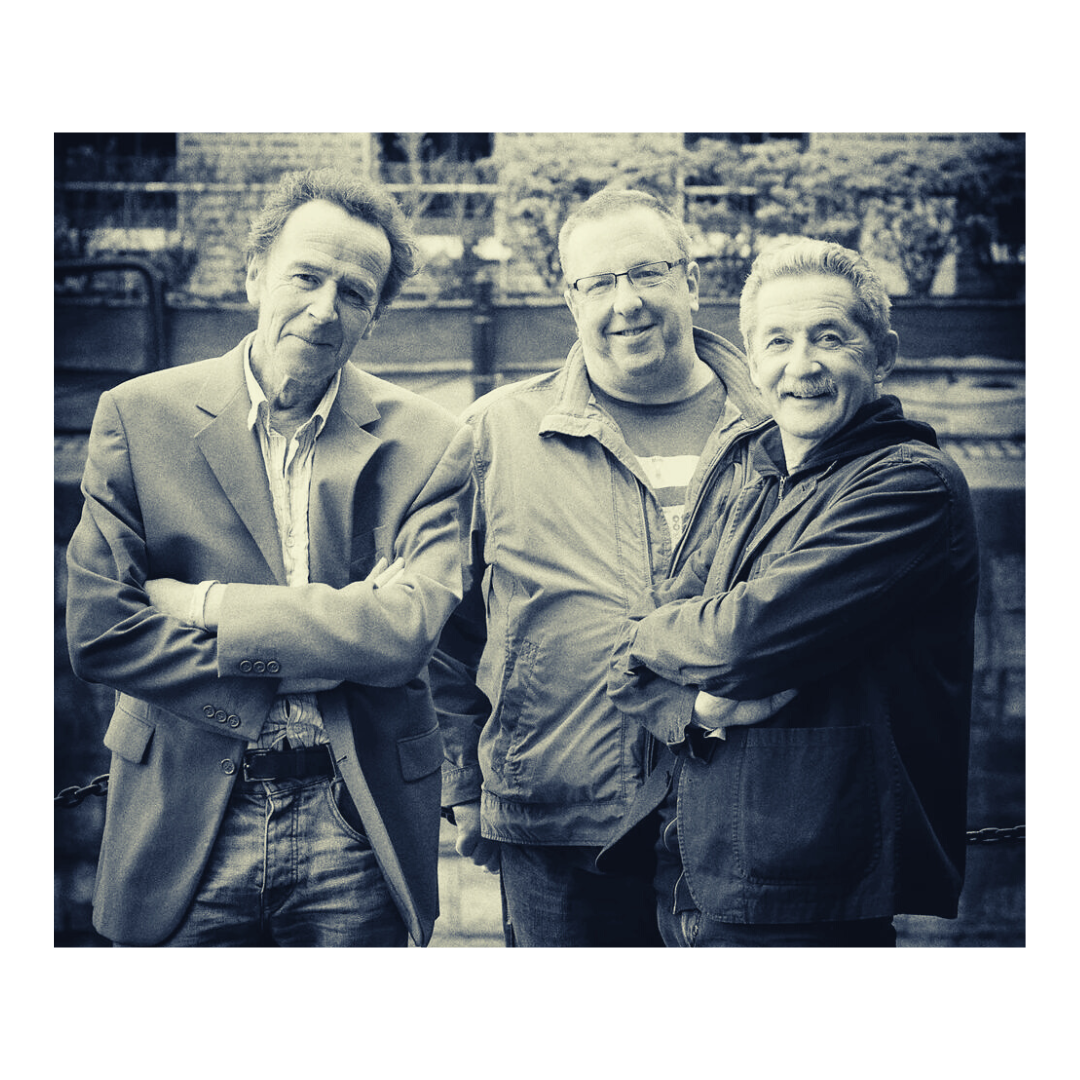 Scullion have been singing and playing everywhere from bar rooms to box rooms the world over for several decades. Scullion was formed in Ireland in the late 70s at a time of great musical innovation. Bands such as Planxty, The Bothy Band and De Danann were at their creative peak and legendary Irish label Mulligan Records was releasing The Boomtown Rats, The Radiators, Midnight Well, Sonny Condell and Scullion. Scullion have always been a coming together of different musical strands and traditions. The mainstay of the band was and is Sonny Condell. Sonny writes music and songs that are powerful, poetic and soulful. He is one of Ireland’s most enduring creative artists and, along with guitarist Robbie Overson and vocalist Philip King, creates the signature sound of Scullion.

Scullion grew from a chance meeting in the late 70s of its two founding members Philip King and Sonny Condell. Sonny and Philip have not so much floated as careened below the radar for over three decades now. Though never quite cementing themselves as mainstream hitmaking, beautifully crafted songs, such as ‘Carol’, ‘Down in the City’ and ‘Eyelids Into Snow’, have endured as timeless, emotive songs that have made lasting impressions on the listener.

“They are one of the most significant and original sounding bands to have emerged from Ireland’s 1970’s folk revolution. Scullion were drawing musical inspiration from a huge variety of sources and were edgy before I even knew what that meant. They’ve always been very adventurous in pushing musical boundaries and continue to this day to create fresh, unique and original music that defies categorization” – Martin Hayes

Their new record, ‘Time Has Made a Change in Me’, will be shared September 2022, coinciding with an album launch tour across the country.

Live 🎶 At Levis is supported by Department of Tourism, Culture, Arts, Gaeltacht, Sport and Media
Levis Corner House is a member of www.livevenuecollective.ie