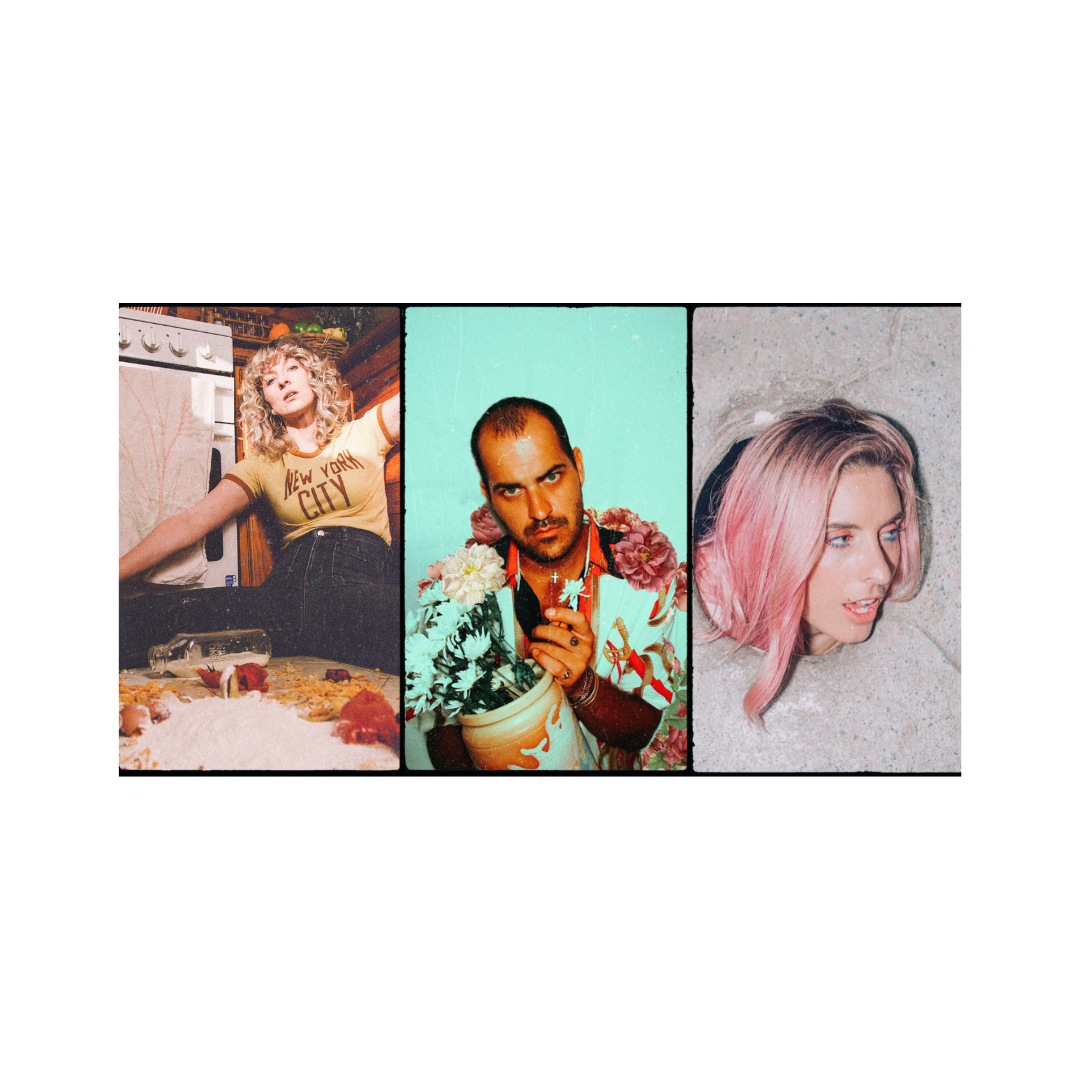 In 2019 Katie began work on her debut solo EP, You Act Like A Child. Her first single Good Guy is “a powerhouse of a track that will appeal to fans of Alex Lahey or Ruby Fields.” Musicfeeds.

KIT’s EP, including her latest single You Act Like A Child, is out now on all platforms.

“You Act Like a Child” is a heartfelt exploration of vulnerability wrapped up in bold indie rock goodness. Earmilk

Merpire, the moniker of Melbourne-based artist Rhiannon Atkinson-Howatt writes music living somewhere between the rom-com and horror movie sections of her mind. This is evident not only in her music but her videos too. The teenage-bedroom inspired video for her song ‘Dinosaur’ was quickly added to ABC’s Rage – a teenage dream for Merpire.

In 2020, Merpire released her debut record, ‘Simulation Ride’, co-produced with James Seymour, via ADA Records – a record about looking for positivity in anxiety. Lead single ‘Brain Cells’ was featured on BBC Radio 1’s Jack Saunders’ Future Artists, ‘Village’ on NPR and La Blogothèque as well as features in CLASH magazine, NME, Atwood magazine and more. Double J has continued to play three songs from the record every day since its release.

Fresh off the back of a tour with Irish band The Pillow Queens, Merpire is going from strength to strength.

With members strewn across Australia, when Bad Pony come together it’s one hell of a rowdy rodeo. The five piece have eleven national tours and three international showcases under their belt (Singapore’s Music Matters, Canadian Music Week and SXSW), and have spent the most part of their career together on the road touring their two self-produced EPs, gaining national radio and international streaming success on a string of singles.

After playing to packed out venues across Texas at SxSW 2018, Bad Pony’s explosive live show earned such praise from SxSW as “next in line to break out.” as well as the award for ‘Best Australian Group’, as voted by The AU Review after playing Sounds Australia’s Aussie BBQ at the inaugural Australia House Showcase alongside national legends Gang of Youths.

The indie-rock outfit have spent the last few years carefully crafting their debut Album – experimenting with both self-producing and enlisting the expertise of JP Fung and Steven Schram. The first two singles from the horror-inspired release both received spins on Triple J (AUS) and are a tantalising nod to what’s in the works.