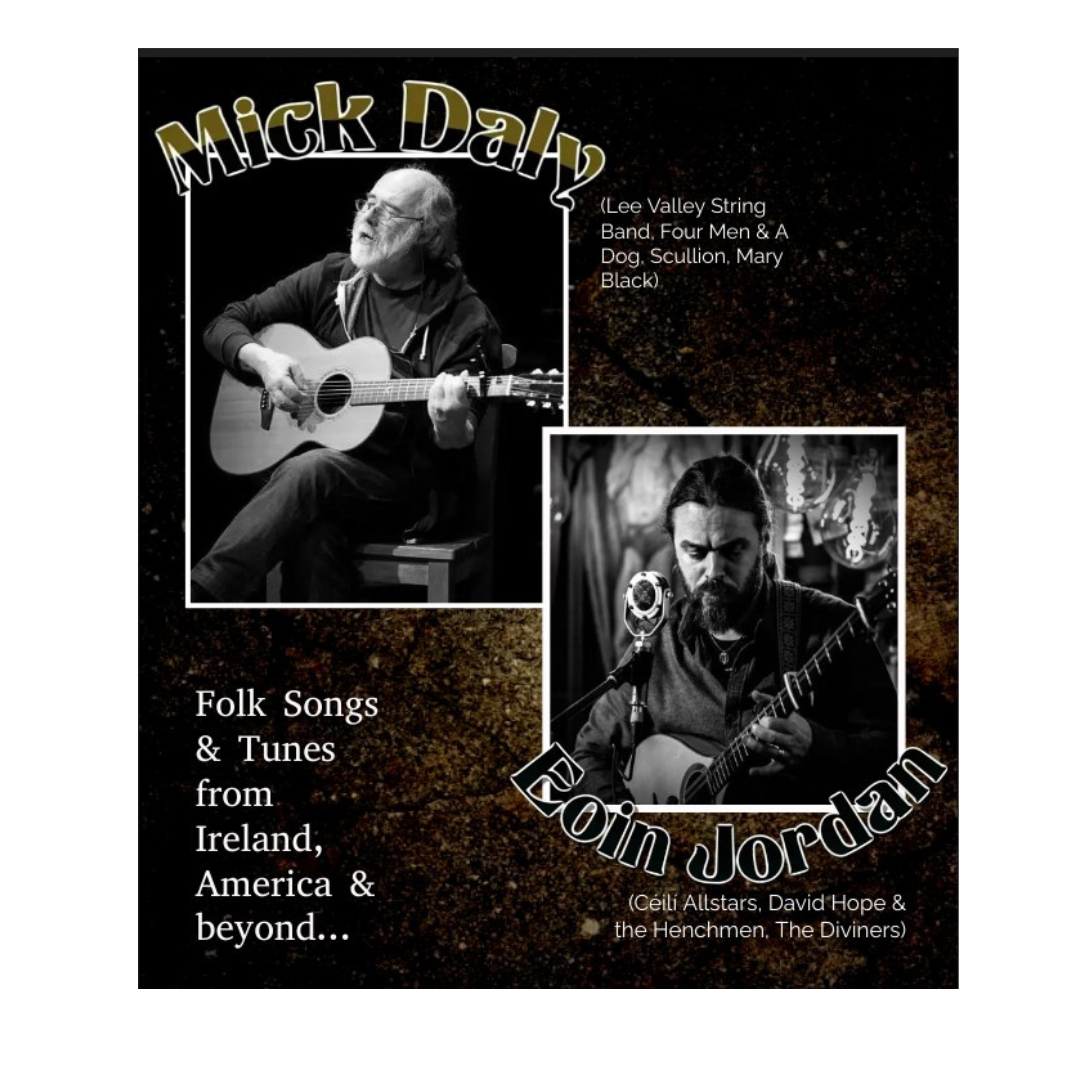 Levis Corner House welcomes Eoin Jordan and Mick Daly to perform LIVE AT LEVIS.
Folk Songs & Tunes from Ireland, US & beyond..
8pm
Tuesday 27th December 2022
Tickets €15 Book Online or Email leviscornerhouse@gmail.com
Artist Bios
Mick Daly is a true legend of the Cork and Irish music scene having played for over 40 years with the iconic Lee Valley String Band. During that time he has also been a member of Arcady, Any Old Time, The Mary Black Band, Scullion, and was part of the original Four Men & A Dog line-up. He is equally at home playing traditional Irish music as traditional American bluegrass and Old Time music whether on 5 string banjo or guitar and is also an exceptional singer and interpreter of traditional songs.
Eoin Jordan

Cork based musician Eoin Jordan has been a well-known face on the Cork music scene for the last 20 years. He is a folk singer, multi-instrumentalist, song writer, and tune composer. June 2022 saw the release of his debut solo album “Hand me Down the Moon”, a mix of self-penned and traditional material, featuring some of the finest musicians in the Cork area.

A former member of The Ceili Allstars, The Diviners, and David Hope & the Henchmen, he is equally at home playing contemporary and traditional music. Influences include Folk & Traditional Music, Blues, and Rock. He has performed and shared a stage with acts including John Spillane, Steve Cooney, Mary Coughlan and Ultan Conlon, as well as recording with many different acts including Hank Wedel, David Hope, Goldfish Syndrome, Street Corner Messiahs and John Leo Carter.